Why the people of North Korea are keeping the lights on, by means of solar panels imported from China 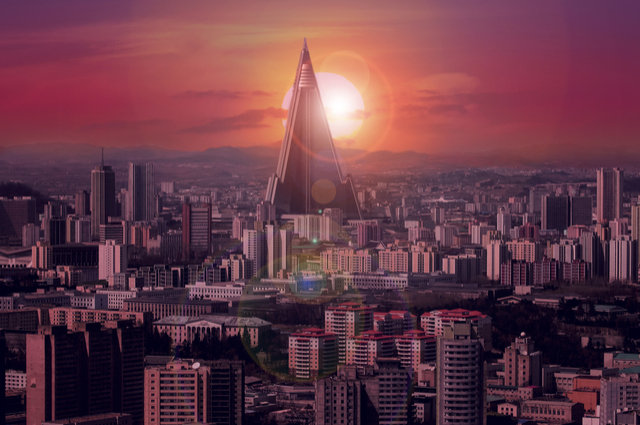 Pyongyang, the capital city of North Korea. Image by Viktoria Gaman (via Shutterstock).

In the press, North Korea is attracting more column inches for its spats with Donald Trump and Kim Jong-un. Particularly with Kim Jong-un’s threats to bomb Guam, a US colony in the Pacific Ocean. Whilst their glorious leader is hoping to test his nuclear weapons, some of its citizens are embracing solar energy.

Power shortages are a commonplace feature of North Korean life. Its equivalent of the National Grid and power stations are in disrepair. To mitigate such issues, 2% of the North Korean population – mainly in its urban centres – have added solar panels to their home. What was once affordable to the very richest North Koreans, is now within the affordability of most of its citizens.

With North Korea being economically isolated from most of the western world, and the Far Eastern economies, you could be forgiven for thinking “this is difficult”. At present, there are UN import restrictions on its nearest neighbour, China. These apply to iron, iron ore, and seafood. Solar panels are exempt; they are imported into North Korea from Dandong, via the Sino-Korean Friendship Bridge. At this time of writing, 466,248 solar panel installations have made their way to North Korea.

With solar panels becoming the ‘must have item’ among North Koreans, they have been placed on poles. Installed in the same way as television aerials, this is to deter thieves from climbing onto the roof. This video clip below shows you how they are installed in Chongjin City.