A Mexican Wall of Solar Panels?

7th June 2017 by admin in category Blog tagged as border, Donald Trump, Mexican, Mexico, solar panels, US with 0 and 8 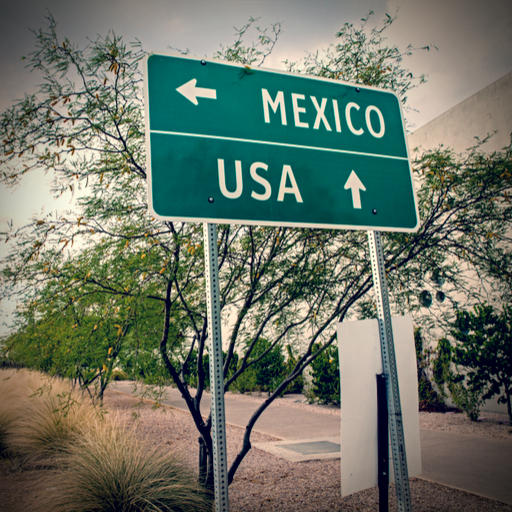 The US/Mexican border: which, in several years time, could have a physical wall funded by solar energy sources. Image by Chess Ocampo (via Shutterstock).

It has been hailed as unnecessary, expensive, and divisive to say the least. One of the Republican Party’s key policies last year was the construction of a US/Mexican wall. A physical brick wall paid for by Mexico through a 20% tariff rate. This week, US President Donald Trump has suggested using solar panels to pay for his wall.

In a meeting on the 06 June, Trump raised the subject at Capitol Hill. The wall is expected to cost billions of dollars, and the use of solar panels (through feed-in tariffs), is seen as a funding source. Two companies who have pitched ideas for the Mexican wall contract have considered solar panels in their design.

According to CNBC, it has doubts that the rest of his Republican Party would back the proposal. Trump’s vision of a US/Mexican border would entail a 40 to 50 feet tall wall with solar panels. In his words, they would be “beautiful structures”.

In March, the federal Energy Information Administration said that wholesale electricity prices on the border is between $30 and $50 per megawatt hour. Trump stated the wall could pay for itself in five years time, but this is dependent on the efficiency of the solar panels and the sourcing of its components.

Whatever you say about the Mexican wall or Donald Trump’s policies, could the use of solar energy incomes fund infrastructure projects?