14th February 2017 by admin in category Blog tagged as effects, installations, LED lighting, lighting, University of Exeter, wildlife with 0 and 15 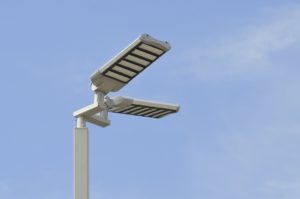 Amid a background of cuts to local government spending, LED lighting has been hailed as a cost-saving replacement for sodium street lighting. The lighting standards are flat, clean, discreet and aesthetically pleasing. The brightness of LED arrays has met with mixed criticism among residents and road users. In a study by the University of Exeter, this state-of-the-art street lighting solution could be affecting our wildlife.

Where LED lighting installations are present, they found that predatory spiders and beetles were drawn to illuminated grass patches. According to Dr. Thomas Davies of the Environment and Sustainability Institute at the University of Exeter’s Penryn Campus near Falmouth, he said:

“The growth of LED lighting is an issue of global concern, and the number of documented impacts on the environment is growing rapidly.

“Our research shows that local authorities might be able to manage LED lighting in a way that reduces its environmental impacts. We now need to establish whether this is the case for a greater variety of species.

“Without appropriate management, our results suggest that the growing use of LED lighting will have impacts on the abundance of predatory invertebrates, potentially leading to knock on effects for other species in grassland food-webs.”

The market share of LED based installations could rise to 69% in 2020, up from 9% in 2011. In their study, the number of species affected by the light were markedly reduced when they dimmed the LEDs. Switching the lights off between midnight and 4am also had a similar effect.